Home. A simple word; a loaded one. You can say it in a whisper; you can say it in a cry. Expressed in poetry and prose, in the voices of father and daughter, you can hear a visceral longing for an ideal place, a place never to be found again.

Imagine the shock, imagine the sadness when a daughter discovers her father’s work, the poetry he had never shared with anyone during the last two decades of his life. Six years after that moment of discovery, which happened in her childhood home while mourning for his passing, Uvi Poznansky presents a tender tribute: a collection of poems and prose, half of which is written by her, and half—by her father, the author, poet and artist Zeev Kachel. She has been translating his poems for nearly a year, with careful attention to rhyme and rhythm, in an effort to remain faithful to the spirit of his words.

Zeev’s writing is always autobiographical in nature; you can view it as an ongoing diary of his life. Uvi’s writing is rarely so, especially when it comes to her prose. She is a storyteller who delights in conjuring up various figments of her imagination, and fleshing them out on paper. She sees herself chasing her characters with a pen, in an attempt to see the world from their point of view, and to capture their voices. But in some of her poems, she offers you a rare glimpse into her most guarded, intensely private moments, yearning for Home.

Targeted Age Group: 13 and up 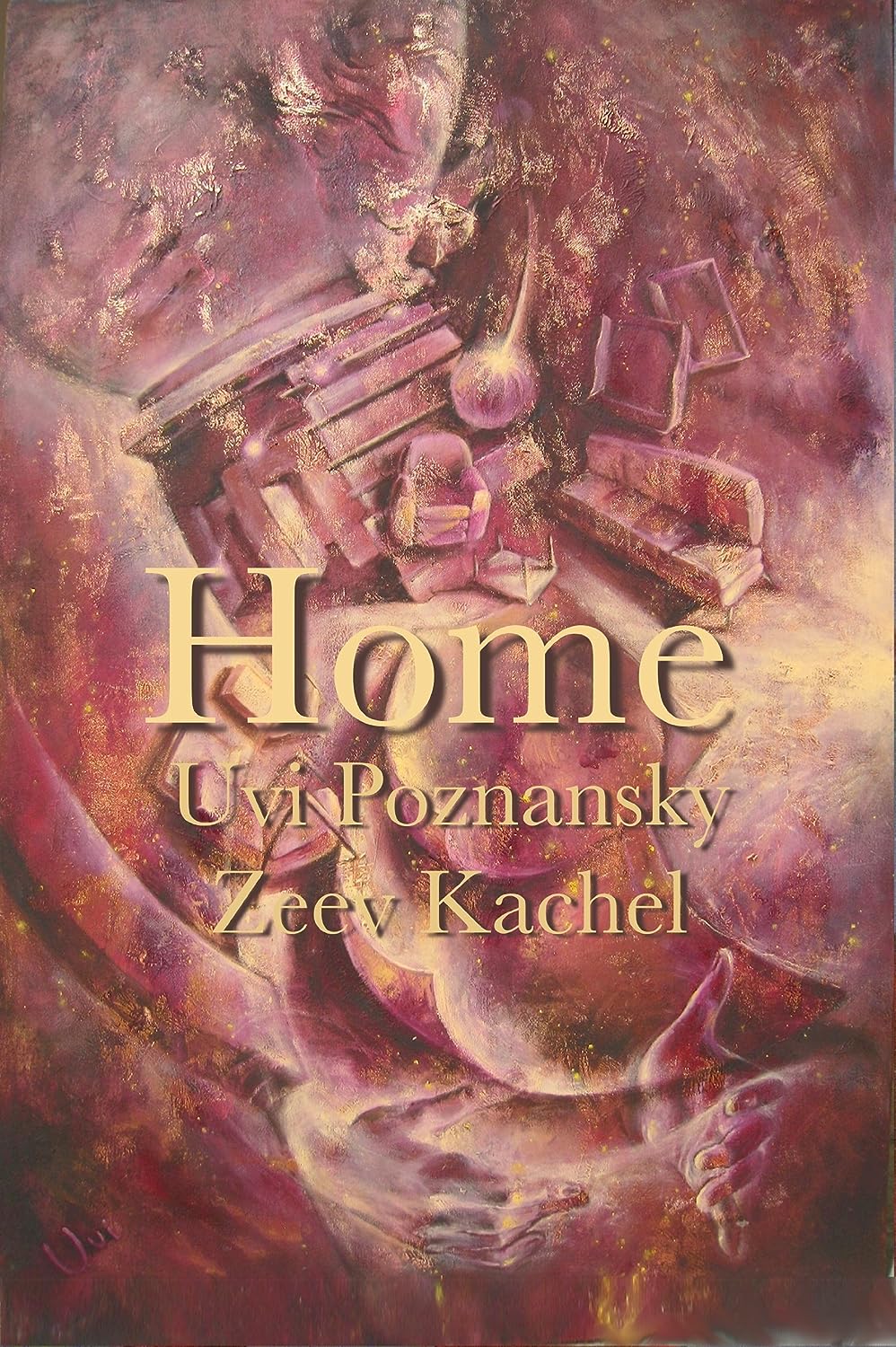 About the Author:
Uvi Poznansky is a California-based author, poet and artist. Her writing and her art are tightly coupled. “I paint with my pen,” she says, “and write with my paintbrush.”

She earned her B. A. in Architecture and Town Planning from the Technion in Haifa, Israel. During her studies and in the years immediately following her graduation, she practiced with an innovative Architectural firm, taking part in the design of a large-scale project, Home for the Soldier.

At the age of 25 Uvi moved to Troy, N.Y. with her husband and two children. Before long, she received a Fellowship grant and a Teaching Assistantship from the Architecture department at Rensselaer Polytechnic Institute, where she guided teams in a variety of design projects; and where she earned her M.A. in Architecture. Then, taking a sharp turn in her education, she earned her M.S. degree in Computer Science from the University of Michigan.

During the years she spent in advancing her career—first as an architect, and later as a software engineer, software team leader, software manager and a software consultant (with an emphasis on user interface for medical instruments devices)—she wrote and painted constantly. In addition, she taught art appreciation classes.

Her versatile body of work can be seen on her website, which includes poem, short stories, bronze and ceramic sculptures, paper engineering projects, oil and watercolor paintings, charcoal, pen and pencil drawings, and mixed media. In addition, she posts her thoughts about the creative process on her blog, and engages readers and writers in conversation on her Goodreads Q&A group.

Apart From Love (published 2012) is an intimate peek into the life of a strange family: Natasha, the accomplished pianist, has been stricken with early-onset Alzheimer’s. Her ex-husband Lenny has never told their son Ben, who left home ten years ago, about her situation. At the same time he, Lenny, has been carrying on a love affair with a young redhead, who bears a striking physical resemblance to his wife—but unlike her, is uneducated, direct and unrefined. This is how things stand at this moment, the moment of Ben’s return to his childhood home, and to a contentious relationship with his father.

Home (published 2012), her deeply moving poetry book in tribute of her father, includes her poetry and prose, as well as translated poems from the pen of her father, the poet and author Zeev Kachel.

A Favorite Son (published 2012), her novella, is a new-age twist on an old yarn. It is inspired by the biblical story of Jacob and his mother Rebecca, plotting together against the elderly father Isaac, who is lying on his deathbed. This is no old fairy tale. Its power is here and now, in each one of us.

Twisted (published 2012) is a unique collection of tales. In it, the author brings together diverse tales, laden with shades of mystery. Here, you will come into a dark, strange world, a hyper-reality where nearly everything is firmly rooted in the familiar—except for some quirky detail that twists the yarn, and takes it for a spin in an unexpected direction.

Rise to Power is the story of David as you have never heard it before: from the king himself, telling the unofficial version, the one he never allowed his court scribes to recount. In his mind, history is written to praise the victorious—but at the last stretch of his illustrious life, he feels an irresistible urge to tell the truth.

With the exception for her new release, Rise to Power, these books are available in all three editions (audiobook, print and ebook.)